Rock wool is an inorganic material, which has good thermal insulation, sound absorption, heat insulation, fire resistance, and breathability. It is a building insulation material that integrates so many properties. Rock wool is second to none. The extremely low thermal conductivity determines the rock wool. The product has excellent thermal insulation properties. According to tests by foreign institutions, every 1 t of mineral rock wool products used in buildings for thermal insulation can save at least one year of energy equivalent of petroleum. The use of rock wool in buildings in Europe has a history of nearly 60 years, and China has just begun to do so. After the fire of 1115 on Jiaozhou Road in Shanghai in 2010, the excellent fire-resistant properties of insulation rock wool have been valued, gradually guided by relevant policies. Entered the building insulation market.

In China, nearly 2 billion new construction areas are built each year, of which 1/5 are facade walls and about 400 million square meters. According to the fire protection regulations of the General Fire Administration, fire barriers are set up, plus the fire protection requirements for buildings above a certain height. , The use of materials with combustion performance to reach A, about 100 million square meters. 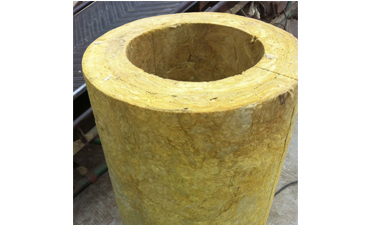 There are still a large number of existing buildings in China that are not energy efficient. According to statistics, they are about 40 billion square meters (including 14 billion square meters in cities). This part of the existing buildings is bound to require energy-saving renovations, because there will be a large number of residents in the renovated houses. It is important to consider the safety of thermal insulation materials. Rock wool products that have both excellent thermal insulation performance and the highest fire rating will be the first material, so the future market capacity is huge.

A foreign market published a market research report entitled "Mineral Cotton Market-Global Trends and Forecasts before 2019", which shows that in the next few years, the Asia-Pacific region is expected to be the fastest growing market for mineral wool board (rock wool). The compound annual growth rate of cotton (rock wool) market value is 7%, which will reach US $ 12 billion by 2019.