Development status of rock wool at home and abroad

From the perspective of rock wool production technology and equipment, insulation rock wool supplier in various countries have their own characteristics in melting, fiber forming, cotton gathering, pendulum, pleating, curing, cutting and other key technologies. While considering how to improve the production capacity and quality of products, each company is considering how to improve product diversity, expand product application areas, reduce production consumption, reduce production line maintenance costs, and how to be more environmentally friendly. A lot of work.

In terms of product capacity, the annual total output of foreign rock wool products has exceeded 7 million tons, mainly concentrated in developed countries, and the annual production capacity of the light EU has reached more than 4 million tons. In terms of application: most of the products of European rock wool are used for building insulation, building sound absorption, building fire protection, etc. In the UK, rock wool construction accounts for 85% of capacity. As a cost-effective building insulation and fireproof material, fireproof rock wool board has been promoted in Europe in the 1960s. In addition, the rise of rockless cotton as a plant growth substrate for soilless culture technology has enabled the rapid development of agricultural rock wool in Europe and the United States.

China's rock wool manufacturing industry started late, and the domestic popularization rate is less than 10 years. In the early years, low-end mineral wool was mainly produced. In the late 1950s, China began to introduce mineral wool production technology until the end of the 1970s. industry. In the 1980s, it can be said that it was a great leap forward in the history of China's mineral wool industry. Both production scale and production technology have made great progress. The main reason is that China has introduced more than 10 different styles and scales from six countries. The mineral wool production line, thus, laid the foundation for the development of rock wool in China.

In the 1990s, due to people's lack of energy-saving awareness, there is no requirement for building energy conservation. The products are mainly used for industrial insulation. At that time, the total amount of mineral wool in the country was between 200,000 and 300,000 tons. Although China's progress in the mineral wool board industry is obvious, the whole industry is still at a relatively low level. Compared with developed countries, there is a big gap in terms of product quality, technical equipment, product consumption, and environmental protection. . In 1995, CSR Group entered China and established a rock wool production plant in Guangzhou, which opened the precedent for domestic rock wool production. Later, it passed the Nanjing Fiberglass Research and Design Institute (abbreviated as Fiberglass Institute) for foreign rock wool production. The introduction and digestion of technology, until 2008, rock wool is truly localized. 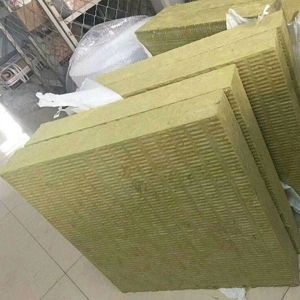 By the end of 2014, according to the rough statistics of industry associations, the total production capacity of China's mineral wool has reached 3 million t/year. Affected by the downward adjustment of domestic economic forms and the real estate industry, competition in the industry has intensified, and rock wool manufacturing enterprises generally have a weak awareness of product quality control.