Custom rock wool board is A kind of inorganic thermal insulation material, which has the characteristics of small thermal conductivity, class A non-combustible, good chemical stability, etc., and has been widely used in construction, industry, ship and other fields. But there are still some people in the society to rock wool there are some misunderstandings, today I will be you of these misunderstandings to answer.

Myth 1: the insulation system is just a layer of insulation.

Analysis: external insulation system of the external wall refers to an engineering practice that adopts certain fixed methods (bonding, mechanical anchoring, spraying, pouring, etc.) to fuse the materials with good thermal insulation effect with the building wall to form a whole, so as to increase the thermal resistance value and heat capacity of the wall and achieve the effect of thermal insulation or heat insulation. Now the system also includes waterproofing and fire protection.

Analysis: building fire is what no one wants to see, so the choice of non-combustible materials to do insulation is a major means to solve the building fire. Rock wool is an inorganic material, non-combustible, belongs to the class A fire insulation material, can withstand more than 1000 degrees of high temperature. After many tests, the fire department determined that rock wool could not be ignited. You can rest assured to use the rock wool thermal insulation system, can fully meet the effect of thermal insulation, and at the same time to ensure that the fire performance in line with the fire standards.

Myth 3: to use rock wool products with good fire performance, you must reduce the thermal insulation and other properties.

Analysis: Rock wool insulation is A class A non-combustible material. Its fireproof property is its own property, so it is not necessary to change other properties of Rock Wool. And the rock wool tensile strength, water absorption, durability, and thermal insulation performance can completely meet all the requirements of the external thermal insulation system.

Myth 4: rock wool only accounts for 5.6% of the market share in all applications of external insulation systems in Germany, indicating its low application level.

Analysis: Insulation rock wool is known as the "fifth conventional energy source" in the world. Due to the fire prevention problem, almost all the high-rise buildings with more than 22m insulation in Germany are required to adopt Rock wool as insulation material. The "market share of 5.6%" is because this statistic includes the majority of "low-rise single-family houses" which are the most common buildings in Germany, while high-rise buildings are rare. There is no comparability among countries according to their national conditions.

Data show that more than 80% of rock wool products in western European countries such as Sweden and Finland are used for building energy conservation. In northern Europe, the per capita consumption is about 20kg or more, and in the United States, the per capita consumption is 5 ~ 10kg. It can be said that rock wool is the most widely used thermal insulation material in the world.

Myth 5: rock wool is toxic and can cause cancer!

Analysis: of course, rock wool is not toxic, nor carcinogenic. Those who say this have been misled by asbestos into thinking that rock wool and asbestos belong to the same family, but they are not the same.

The world health organization has conducted a large number of studies on whether rock cotton fiber is carcinogenic for decades, and the results clearly show that man-made mineral cotton fiber, such as rock wool glass wool, is not carcinogenic. The international agency for research on cancer's MonographsProgramme panel also concluded that common rock wool, glass wool, and slag wool are not classified as human carcinogens. Over time, scientists and medical scientists observed and compared no significant differences between the lungs of factory workers and those of office workers. A 2002 monograph published by the international agency for research on cancer (IARC), a subsidiary of the world health organization (WHO), was classified as a "category iii" or "non-carcinogen", based on a wealth of objective facts and a strong theoretical foundation. On October 27, 2017, the international agency for research on cancer (iarc) of the world health organization (who) published a preliminary list of carcinogens for reference.

All or most of the production waste of modern factories are recyclable, and the pollution of the discharge will be reduced to the lowest level after treatment, which can fully meet the requirements of China's environmental protection. It takes about 20MJ to make 1 kg of rock wool and at least 85MJ to produce 1 kg of polystyrene insulation board. The main raw material for rock wool production is very common basalt and other stones, which have nearly unlimited available reserves. And producing one unit of rock wool can save a hundred times more energy in its use than it does in its production. Therefore, the production and use of rock wool products is low carbon behavior that benefits the country and the people. 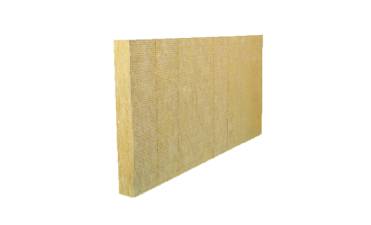 Previous: Common Method for Fixing and Installing Ceramic Fiber Blanket
Next: Application and Process Steps of Rock Wool Board
NAVIGATION
Contact Us