China's rock wool manufacturing industry started late, and the Chinese people's understanding of rock wool is not high. Until November 2010, after the 11.15 mega-fire in Shanghai, the excellent fire resistance rock wool board were recognized and promoted by the society. The Ministry promulgated the notice of the document No. [2011] No. 65 on the "Fire Protection Supervision and Management of Civil Building Exterior Insulation Materials", which stipulates that the fireproof rating of building exterior insulation materials must reach Class A, as the rock wool with fire rating up to Class A1. In the market, the supply is in short supply. Many large-scale projects in China have delayed the construction period due to the lack of purchase of corresponding rock wool, and they have also pushed up the price of rock wool in the market. At that time, the lucrative profits and the vast market attracted a large number of investors. From 2011 to 2014, nearly 30 production lines in China began to be put into production, but in recent years, affected by the decline of the domestic economic situation, the real estate industry The fall in the market, coupled with the fire-rated grade B material market that was forced to release due to insufficient rock wool production capacity, the market competition is constantly increasing and exhibiting the following characteristics.

1. Increased barriers to entry in the rock wool manufacturing industry

In order to speed up the structural adjustment and transformation and upgrading of the rock wool industry, curb low-level redundant construction and blind expansion of production capacity, protect the ecological environment, promote energy conservation and emission reduction, and improve the utilization level of resources and energy. According to relevant laws and regulations and industrial policies, the Ministry of Industry and Information Technology formulated in 2012. The conditions for access to rock wool industry have greatly improved the barriers to entry. At the same time, due to the relatively high energy consumption of the insulation rock wool board manufacturer industry relative to the general manufacturing industry, developed provinces such as Jiangsu, Zhejiang and Shanghai have not approved such projects in principle. The development of the cotton manufacturing industry provides a favorable guarantee.

2. Some unregulated rock wool production enterprises were ordered to shut down by relevant departments. 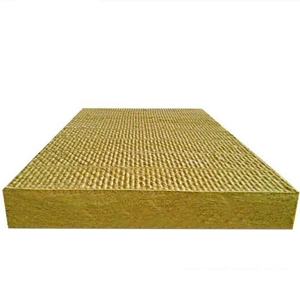 3 . The advantages and disadvantages of rock wool manufacturing enterprises begin to polarize

The exterior wall insulation engineering of the building involves the life safety of the people. In order to strengthen the management of the quality of rock wool for construction, the GB/T 25975-2010 external wall insulation requirements for rock wool are introduced in 2011 to make the earlier mineral wool production. The products produced by the company cannot be put on the wall, and the bad products of many small rock wool production enterprises have been prevented from entering the field of building rock wool. The demand for high-end rock wool products in the construction industry has maintained a good development, and it has also provided guarantee for the development of high-quality rock wool production enterprises.