Rock wool originated in Hawaii. After the first volcanic eruption on Hawaii Island, residents on the island found a ray of melted soft rock on the ground. This is the rock wool fiber originally recognized by humans. The production process of rock wool is actually simulated. The natural process of Hawaii volcanic eruption, the insulation rock wool products are made of high-quality basalt and dolomite as the main raw materials. After being melted at a temperature of more than 1450 ° C, the fiber is centrifuged into fibers at high speed by an international advanced four-axis centrifuge, and a certain amount of binder is injected at the same time The agent, dust-proof oil, and water-repellent agent are collected by a cotton collector, processed by a pendulum method, and then solidified and cut after laying cotton in three dimensions to form rock wool products of different specifications and uses.

There are water-cooled wall tubes and other furnace walls whose temperature does not exceed 500 degrees Celsius. Rock wool felt or rock wool boards can be used instead of insulation bricks to form light furnace walls. This is important to reduce the overall weight of large thermal power boilers or quick-install boilers. 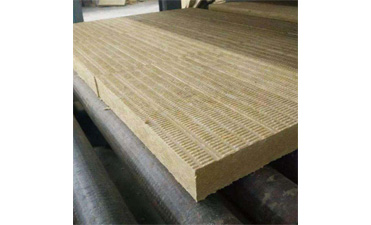 The application of rock wool in the agricultural field has been developed with the continuous maturity of soilless cultivation technology, and has a history of more than 100 years. Abroad, Denmark, France, the United States, Spain, Poland and the Netherlands have manufacturers specializing in the production of agricultural rock wool, of which Denmark's Grodon production accounts for more than 60% of global sales, production plants are located in Denmark, the Netherlands and the United States, with sales networks all over the world. With the continuous development of facility agriculture in China and the large-scale promotion of greenhouse facilities, China has also become one of the countries with the largest development rate of facility agriculture and the largest available greenhouse area in the world.

Agricultural rock wool is made of about 60% basalt, 20% coke, 20% limestone, and a small amount of iron-smelted slag is melted and shaped at high temperature, and finally compressed and solidified to a specific density and then cut. In this process, a binding agent with a surface hydrophilic effect is added, which has good hydrophilicity. Agricultural rock wool blanket has a small bulk density, generally between 60 and 80 kg / m³, with 3% volume of fibers and 97% volume of pores, so it has good air permeability and water retention. After high temperature extraction at 1600 degrees Celsius, it is sterile and pollution-free, so it has become the best substrate material for soilless cultivation.