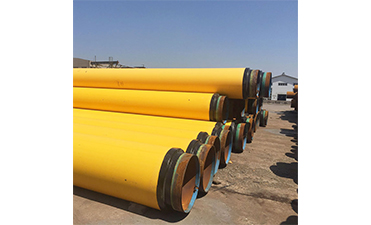 Let us take a closer look at polyurethane insulation pipe:

Polyurethane foam insulation pipe is divided into three layers, namely the protective layer, the insulation layer, and the leak-proof layer. As the name suggests, the outer protective layer material of the pipeline is used to prevent corrosion and extend the service life of the pipeline. Most of the materials used are glass fiber reinforced plastic materials, polyethylene materials, or other materials with excellent characteristics. The second layer is an insulating layer, usually made of rigid polyurethane foam to prevent heat loss. There are also three laying methods for polyurethane insulation pipes: direct buried, overhead laying, and trench laying.

1. This kind of pipe has good heat preservation performance, and heat loss is very small during the transportation process. Compared with the traditional pipe, it is only one-fourth of the traditional pipe. In this way, the long-term use of this energy-saving pipeline can save a lot of energy.

2. This kind of pipeline construction is very convenient, that is, the overall cost is relatively low, and it has strong corrosion resistance and impact resistance.